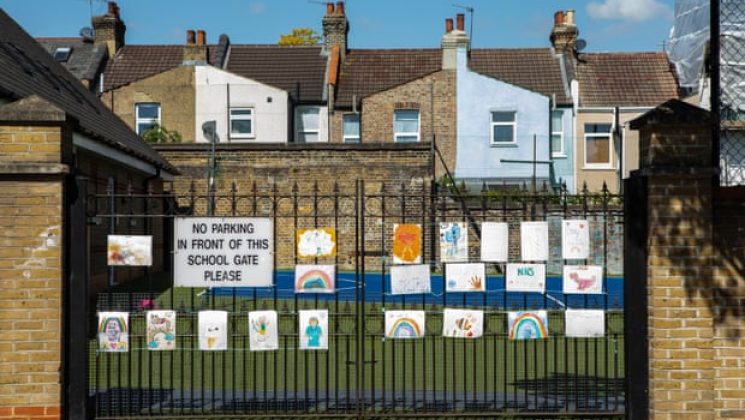 Most schools in the borough have decided to listen to the views of union members and will not be having a wider reopening on June 1.

Today, we are writing to schools across the borough who are still planning to go ahead with a reckless wider reopening to urge them to stop.

We remind our members of their rights under Section 44 of the Employment Rights Act 1996 that they can “refuse to return to their place of work” in “circumstances of danger which the employee thought to be serious or imminent“.

Decisions about school safety will be made based on three factors:

We will be publishing more advice to our reps/members on this in the coming days.

Unison in Schools National Survey Results
An overwhelming majority of school support staff don’t feel reassured by government claims that English schools are safe to open to more pupils from the beginning of June, according to a UNISON survey published today (Friday).

Only 2% of employees felt reassured by the Prime Minister saying it was safe to open schools more widely from 1 June.

And 75% of those surveyed said they would be willing to take action alongside parents to protect the health and safety of our communities.

Commenting on the findings, UNISON head of education Jon Richards said: “The survey sends out a strong message that ministers shouldn’t gamble with the safety of pupils, staff and the wider community by sending them back to school too early”.

Read more about the survey here

Independant SAGE says that opening schools on June 1 is “too soon”
Scientists working as part of an Independent Scientific Advisory Group for Emergencies have said that June 1 is too soon for safe wider reopening of schools. They have said that no school should reopen before June 15.

It says key factors for safe reopening are:

Online Rally • Keep our children safe: reopen schools when the time is right • Thursday 28 May, 6pm 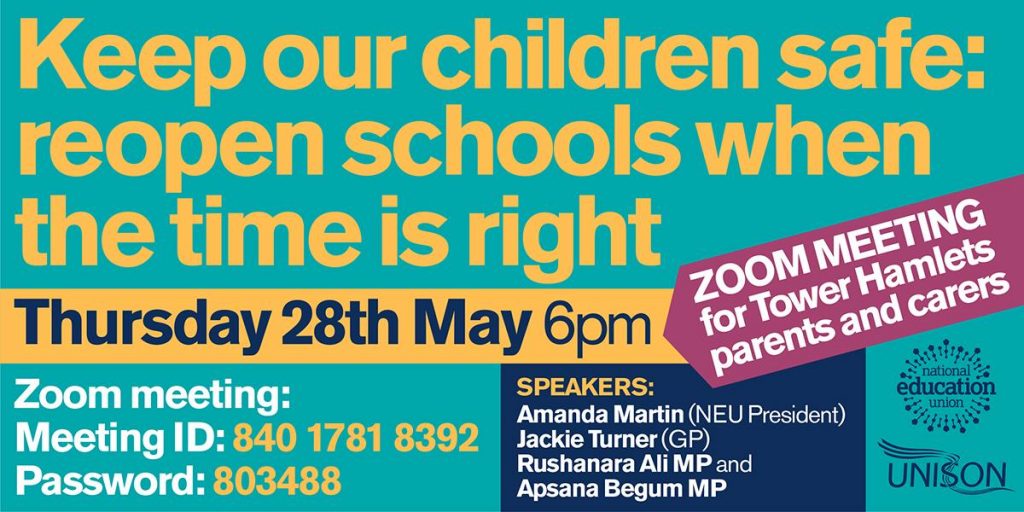 Tower Hamlets Unison and National Education Union are jointly hosting this important meeting for staff, parents and the local community via Zoom.

Schools Update: keep organising to stop an unsafe wider reopening of schools on June 1
Tower Rewards Update: you do not need to sign the contract